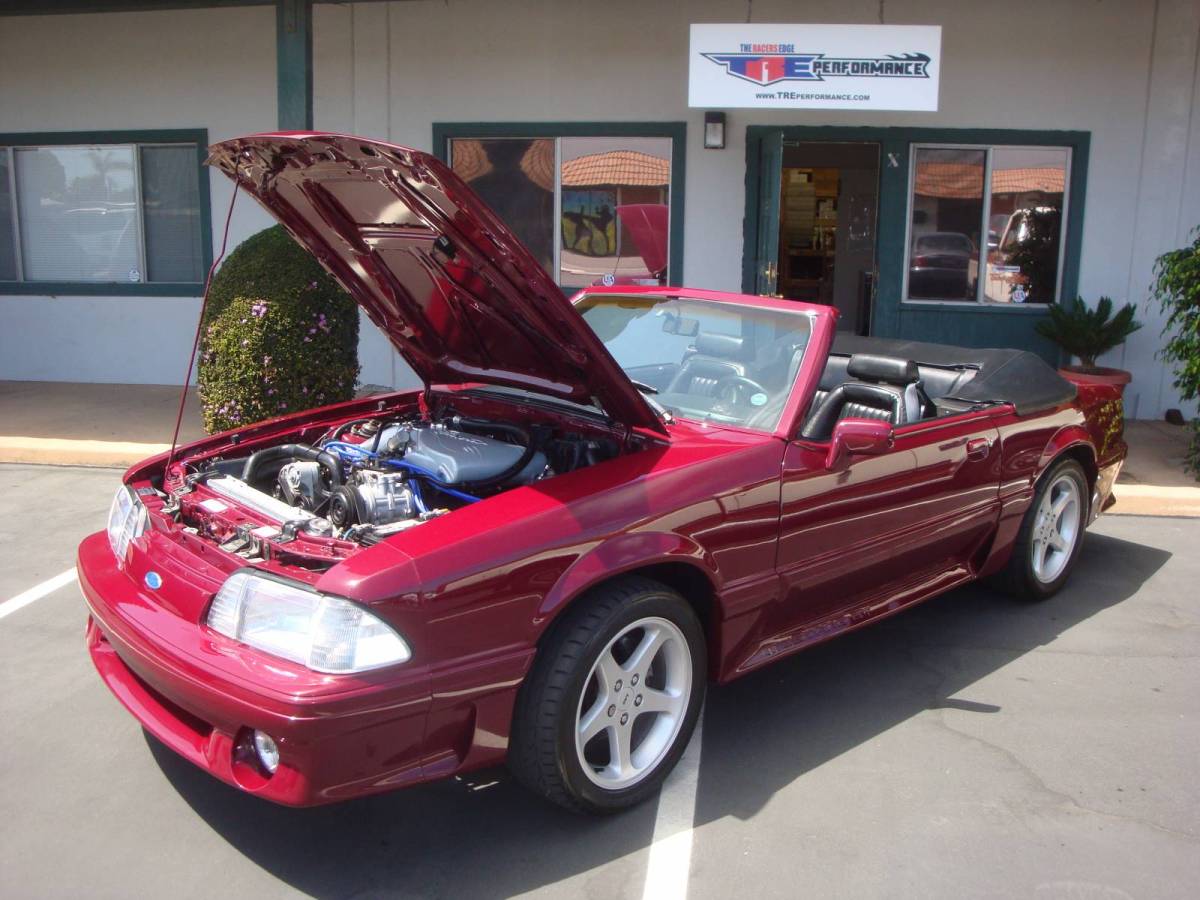 This car was purchased back in 1999 as a daily driver, bone stock GT. It has had many performance mods added through the years. After sitting for a few years we decided the engine was tired and the paint was dull, so it was time to rebuild from the ground up. We pulled the engine and tranny, and sent it out for paint so that would could get the entire engine bay painted to match the outside. Then we went to work on the engine. We built a standard 347 with SCAT internals, AFR 185cc comp heads, TFS Stage 3 cam, TFS Track intake, Accufab throttle body and C&L Mass air setup. We put it all back together, and with the hood closed this just looks like a clean, pretty Mustang, with a little over 400 rwhp. Don't let the sleeper look fool you, this beast will get moving, not that we have street raced a 2012 CTS-V and won or anything!